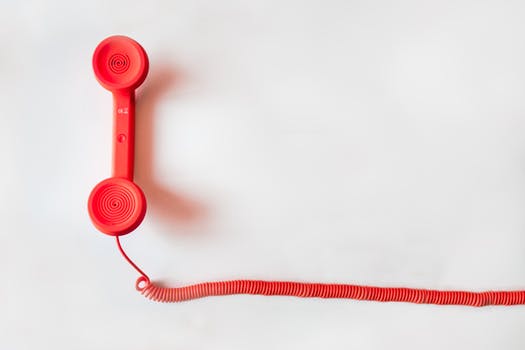 Disclaimer: I have a ton of respect for the women and men who choose to make a living doing this, thanks to my time as a PSO. What you’re about to read isn’t a knock on this industry, merely a reflection on my brief experience.

As I started my journey to becoming a relationship and sex coach, I reached out to several friends to bounce ideas off them, get feedback, and hear new viewpoints. My friend Astrid is one of my trusted open-minded friends. She mentioned that she had been a phone sex operator, AKA a PSO, and said she made pretty good money doing it a few years back. She said to look into it, not just from a money standpoint after leaving my full-time job, but to also thicken my skin and see what some people’s kinks were like.

Another friend a few days later recommended I watch the 2012 romantic comedy For A Good Time Call… So, I dove into research mode. And at first, as a burgeoning coach, it sounded like a win-win.

After finding a few PSO lines that didn’t require experience, I applied to a handful that seemed reputable. One emailed me back right away. An audition requires you to call a number, work through a scenario they pose to you, and after the beep, you…role play. I was kinda shaking when I got done. I was certain I did not sound hot, and I was asking myself, “can I really do this?” Within a few days, I had an email from them – I got hired, so I decided to give it a shot. What did I have to lose?

In the movie, there was funny role play, fake moaning, bed-jumping, creating fun characters, and phanal. Thank you, Justin Long for embedding that term in my brain. I thought just I’d be making moaning sounds until the guy* came by playing out fantasies they requested. Maybe I’d get a few guys who just wanted to chat. In real life, there were certainly the standard make-me-cum-and-talk-me-through-it calls. But there were also some disturbing requests, a lot of awkward silences and I don’t know’s, and crank calls. I found it to be not so fun (or funny) helping men achieve orgasm. Turns out I needed a lot more than thick skin.

Here’s the breakdown of what I actually got:

Fourteen men who wanted a variety of kinky or taboo acts.
Nine men who hung up before they came. I don’t know if they were cheap, or if I was not doing a good job doing what they asked. Most of these wanted straight sex fantasies with typical intercourse.
Eight young men who wanted to talk to a “mature woman.”(Fuck you, you think 36 is old!?)
Five teenagers giggling as soon as I answered with my stage name.
Five guys wanting to spank me and do the aforementioned phanal.
Three hang-ups before anything was said.
Two guys who wanted to crossdress and play out “getting caught.”
One guy who wanted me to boss him around while he did chores in his house. Like dusting. And putting away the dishes.
One guy who I think called me four times, with four slightly different accents that he couldn’t keep up over the 40+ minute calls, and each time retelling stories of public sex, sex parties, getting caught, being with men and women, and so on and so on, each just a little different than the last time. I actually got some really good ideas from this guy!
One guy whose fantasies were so bizarre and depraved, I’ll never repeat them aloud. Mostly because I don’t wanna think about it.

Let’s focus on the positives.

I learned not to burst into laughter when first hearing super kinky shit, I mean fantasies. Sometimes I took calls in front of a mirror to get practice forcing myself not to make faces when I heard something new and slightly shocking. Sometimes the only way to remove the jaw drop for me is to hear about something for the first time.

I found a have a pretty good imagination, and my dirty talk skills improved greatly.

This helped me get in tune with some of my hard limits; my line of how far kink can go comfortably for me. I don’t judge the men who called me, except the very last one. Ew. Most were single they said, and simply had no one to share their fantasies with.

I also think I get to help a few men in unexpected ways, too.

– One young man wanted to just talk after having his first gay experience, which he really enjoyed. By the end of our call, I had coached him through several next steps he agreed were necessary, including breaking up with his girlfriend, to continue exploring his sexuality, and to not worry about labeling himself gay, straight, or bisexual. By the end, he said felt better. “You should be a therapist or something.” If only he knew…

– A man about my age asked me the age-old question, “what are women really after?” He’d not been able to find a serious girlfriend after trying what sounded like every website out there. I told him that I had stopped online dating, and since then had much better experiences. I asked him how he felt about getting out into the world and meeting women in person. He was up for anything at this point. I recommended that when he finds someone that he has a genuine connection with, to go for it, but slowly. Date, go out, get to know each other slowly and without getting all up in each other’s space too quickly (a problem for him in the past for him was moving too quickly then perhaps fizzling out). Just date for a bit without pressure. He sounded like a different guy by the end of the call.

Overall, it did help me with my original goal to learn to hear something out of the ordinary in terms of sexual desire and be cool about it. Really it’s about not letting a reaction, like a giggle or an eyebrow raise, create any sense of judgment. In my opinion, there are plenty of things I wouldn’t personally do with my partner, however, so long as there are consent and communication between adults, do what you enjoy!

As I embark on this journey of supporting others with living a full and healthy sex life, I feel like being a PSO added an experience to draw from when coaching clients. It’s not that you have something wrong with your sexual desires, you maybe haven’t found the person whose kink matches yours. Keep looking!

And if you need a little more help, send me an email at kristen@openthedoorscoaching.com and let me coach you through that process.

*I never had a female caller. Not that they don’t exist, I just didn’t personally receive any.