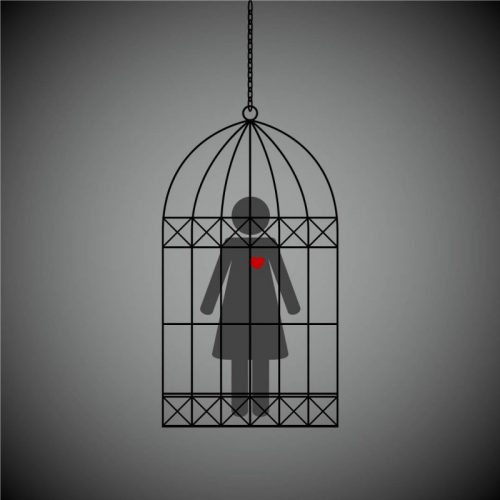 WARNING: The following discusses graphic details of a miscarriage.

I woke up to horrendous pain from around my right ovary. I went straight to the bathroom, expecting these pains to be caused by my period starting, which was pretty much the norm for my cycle. Cramps are okay when I was younger and they were a warning sign of the impending 4 days of hell, but by my late 20s, they started because I’d already started bleeding, and it just pissed me off.

To my surprise, there was nothing. And then I started thinking of how my calculations the night before put me at 5 days late, so I grabbed the pregnancy test kit from under the sink, peed on the stick, placed the cover back on it, finished my business, and as I stood up to pull my shorts up I saw two lines. Already. Like fucking immediately.

I was in absolute shock. My mind raced. “How did that turn so quickly? How was I pregnant already? Oh my fucking god I’m pregnant! No WAY there’s already two lines. Yup, two lines…Uuuhhhhhh what do I do?!”

I knew the research – you can have false negatives, but there are no false positives. There was no point in taking another test. I was pregnant. And that’s when the panic set in. Back to the racing mind. “I’ve only been off the pill one cycle! How the hell is this possible? Everything I read said it could take up to a year.” By now you’ve probably picked up that I was not ready, but thought I was ready, and realized I was not ready once I saw those two lines.

My husband was still sound asleep in bed. I went to the living room and grabbed our laptop. I started searching for things like natural home abortion, how to induce a miscarriage, raspberry red leaf tea, how much is an abortion, and chances of miscarriage. I spent 45 minutes or so crying as quietly as I could and praying and being pissed and being petrified. When I realized that there just wasn’t any good solution, and I would never be able to hide something like an abortion from him, I went to the bathroom, grabbed the stick, and went to wake him up.

He groggily sat up after I showed him. He stared, then looked at me, looking half terrified and half trying to be positive. I don’t remember his exact words, but I remember whatever it was, it made me feel like he was shocked but accepting. Something like, “Well, okay. Already?”

When I miscarried at about 6 1/2 weeks, I did not have a D&C. Turns out my insurance didn’t cover maternity for 12 months and I’d only had it for 4 months, so even clearing out my dead embryo to prevent me from having an infection was not covered (thanks for that, Cigna). I didn’t have any sort of vacation or sick leave at this job, but of course, my owner was understanding of me needing time off. My doctor told us what to watch for like a fever or excessive bleeding, which would require a trip to the ER, and we went home to mourn and allow the miscarriage to happen naturally.

I spent the next two days having contractions, bleeding profusely, and passing more tissue. My husband took those two days off work to be with me and care for me, and he really was very sweet and compassionate while dealing with his own grief. I thought I had passed the embryonic sac the second day when I was in the shower, and the contractions were slowing down and getting less intense. He went back to work the third day.

I was laying on the couch after he left, my pug on my stomach comforting me, and I felt a contraction, and a gush of tissue come out of me. Moving carefully to the bathroom, I found that I had been so wrong the night before. There it was on the pad. It was exactly what I’d seen in books and biology class films. A tiny, shrimp-like creature suspended in a liquid-filled sac.

What follows some may find morbid, but I’m not ashamed. I carefully removed the pad from my underwear, set it on the counter, plucked the embryo from the mess, and held it in my palm, and cried. That was my baby. We made that. We had both gone through a flurry of emotions in the weeks before, and our marriage was still in limbo. But we made that little shrimp-like creature. I was in awe of it, and so sad to see it this way, and not on a screen in the doctor’s office. This was the only time I’d ever get to hold it.

I didn’t really know what to do after that, so I just sat on the toilet, let more blood and tissue pass for a bit, and held my embryo in my palm crying. I stared for maybe 30 minutes deciding what to do. I ended up dumping it into the toilet, staring and crying for another 10 or so minutes, then I finally pushed down the handle. I had to pull myself together to call my husband at work and tell him what happened. He was so sorry that he wasn’t there. I assured him I thought it was already passed and it wasn’t his fault he didn’t stay home that day too. We needed one of us to make money to pay bills from the two ultrasounds we had had.

I did not do a thing to cause my miscarriage. However, the thought has crossed my mind in the current political climate of “could I have gone to jail for my miscarriage?”

It sounds crazy, right? Why would anyone prosecute me for a miscarriage? But in Equador, where abortion has been outlawed for 100 years, prosecutors began cracking down on its enforcement in 2009, and consequently, women who had miscarriages are in jail. Women have awoken in hospitals under arrest after rushing to seek medical care. Can you imagine beginning your day thinking you were going to be a mom soon, starting to bleed or have intense pain, going to the hospital to save your life and hopefully your baby’s life, and then falling asleep in handcuffs in your hospital bed?

When a government decides that a zygote, embryo, or fetus are more important than a woman’s body and outlaws a medical procedure like abortion, the consequence is a state that oversees private medical information. It allows bureaucracy to investigate why a woman lost her child, and many times, there is no reason why a pregnancy ends in miscarriage before the 8th week. After that, it’s generally genetic anomalies, ectopic pregnancies, or medical conditions for the mother that cause or require termination. What happens when the woman can’t prove she didn’t cause harm? How can a woman prove she truly wanted that child? What if she didn’t want the child but was going to have it anyway? What if she’d panicked early on and said or done things like looked up how to induce a miscarriage, but she decided not to do it?

I deleted the browser history right after my research that morning. That wasn’t something I wanted him to see. But one simple forensic scan of our laptop by the police would have been enough for probable cause. Interviews with my employees would have told investigators that I was highly distraught the days after I found out I was pregnant. Pretty sure my own parents would have had to have shared conversations that sounded really bad when taken out of context.

For some women, soon, not worrying about all those things could be no more. Some women in the US could be jailed for their miscarriage. Furthermore, once the state has decided they have the right to legislate morality and dictate medical decisions of women based on the tenants of their faith, what’s to stop a scenario like The Handmaid’s Tale from coming to fruition?

I have some ideas that can get us started back in the right direction.

– GO. FUCKING. VOTE. IN. EVERY. SINGLE. ELECTION. Your voter apathy must end. Elections have consequences on peoples lives.

– Start tweeting, calling, and writing (yes all three) to your elected officials. Be nice when you do. Do your research and use facts when you do about maternal mortality rates in the US, the lack of funding and accessibility to rural healthcare clinics, the lack of social and economic support for new parents like paid maternity and paternity leave. Reiterate that the separation of church and state should be taken seriously while you’re at it.

–  Join a local protest, or go to a national one if you can.

– Talk to people around you. Share your stories to normalize miscarriage and abortion if you can. Help others see it as important and necessary healthcare because if abortion is once again illegal in the US, women are who pay the price, even when they have done nothing wrong.