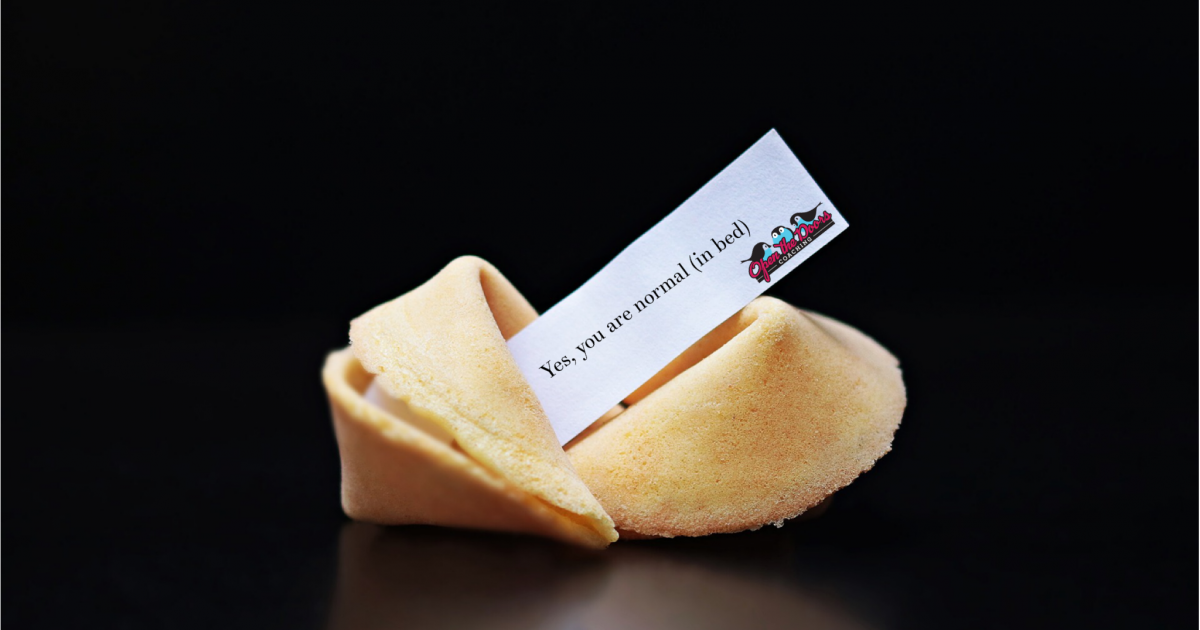 Have you ever searched the phrase “I like blank am I normal?” or something to that effect? When it comes to sex, I’m going to tell you the exact same thing your Doctor does when you come into the office with a headache saying you saw something online and now you’re convinced you have a parasite – don’t.

In my practice as a Relationship, Dating, and Sex Coach, “am I normal?” is probably the most common question I get asked after someone explains what they like in the bedroom. It doesn’t even have to be that out of the ordinary. Many people are concerned with this question, and I understand where it comes from.

There are thousands of quotes and memes that say things to the effect of don’t be normal, because normal is boring, and you should embrace what makes you unique. But, when it comes to developing and embracing our own sexual identities, we often think in terms of social norms. We seek permission for our pleasure by analyzing how our path compares to what other people like in the bedroom. We hear the judgment, we see the labels of deviant or pervert that kinksters are often given. Even the laws in some states regulate things like how many adult toys you can have in your home, and did you know premarital sex is STILL illegal in Georgia?

I know Alana! I’m shocked too! Another GIPHY cause it’s dooooope

I’m here to tell you that it’s not the right question, it’s a vague question, but the answer is still most likely yes. Let’s discuss some ways to move past asking “am I normal”.

Rephrase the question. Really, it’s flat out the wrong question! What you truly want to know is, “Am I the only one that likes this?” To that, I can confidently reply, there is probably nothing you’ve done or fantasized about that someone before hasn’t already. Putting new technology aside, like robotic sex dolls, though there has got to be someone in history that had sex with automatons, so to me that counts. Someone, somewhere, has done it, thought it, said it.

Ask yourself “Who defines ‘normal’ anyway?” Parents? Friends? Society? Your parents may not approve of your roleplay games, and your stuffy co-worker doesn’t need to know about it either. So just don’t tell them. Find others in your community who enjoy what you do. Visit websites like FetLife, or find local clubs that suit your tastes. There is pretty much a club or MeetUp for everything, from leather, to polyamory, to bondage, to asexual. Find your people, because once you feel embraced and understood, you get your power back and normal doesn’t matter so much anymore.

Your kink or fetish isn’t from out of the blue. It is probably something that was established as a turn on before you were even a teenager. Yup, there’s research showing that many of us may have had experiences that later became turn-ons. According to Samuel Hughes, the first stage of which he calls “Early Encounters” was likely before age 10. The fourth stage of “Finding Others” is often much later, and the time between can be fraught with shame, worry, hiding. We will get back to that shame piece in a moment.

Perhaps you feel shame about what you enjoy. Shame around their sex life is the number one thing I uncover after clients ask me if they are normal. Shame comes from many places. It’s internalized voices from society, our family, friends, media and the internet, church or religious beliefs – there’s a slew of sources that feed our shame.

Brene Brown is one of my most favorite people in the entire world. She’s a researcher who studies shame and vulnerability. Exciting stuff, right? If you’ve not had the pleasure of listening to her TEDtalks, that needs to be your next stop. I’ll save you the legwork…here’s a link to one about the power of vulnerability. I’m here to pass on the gist of what Dr. Brown says, which is shame happens, but the power of letting it go by being honest, open, and vulnerable with yourself and your partner will open countless doors for you.

You can find other people that understand you. You can find a partner that likes what you like. You can find community without judgment. But first, you have to be real about what you like, what you don’t, and then talk about it. Because you deserve to enjoy whatever it is you like…in bed. 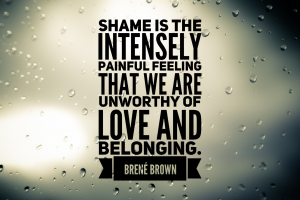 I made this one myself on Typorama.