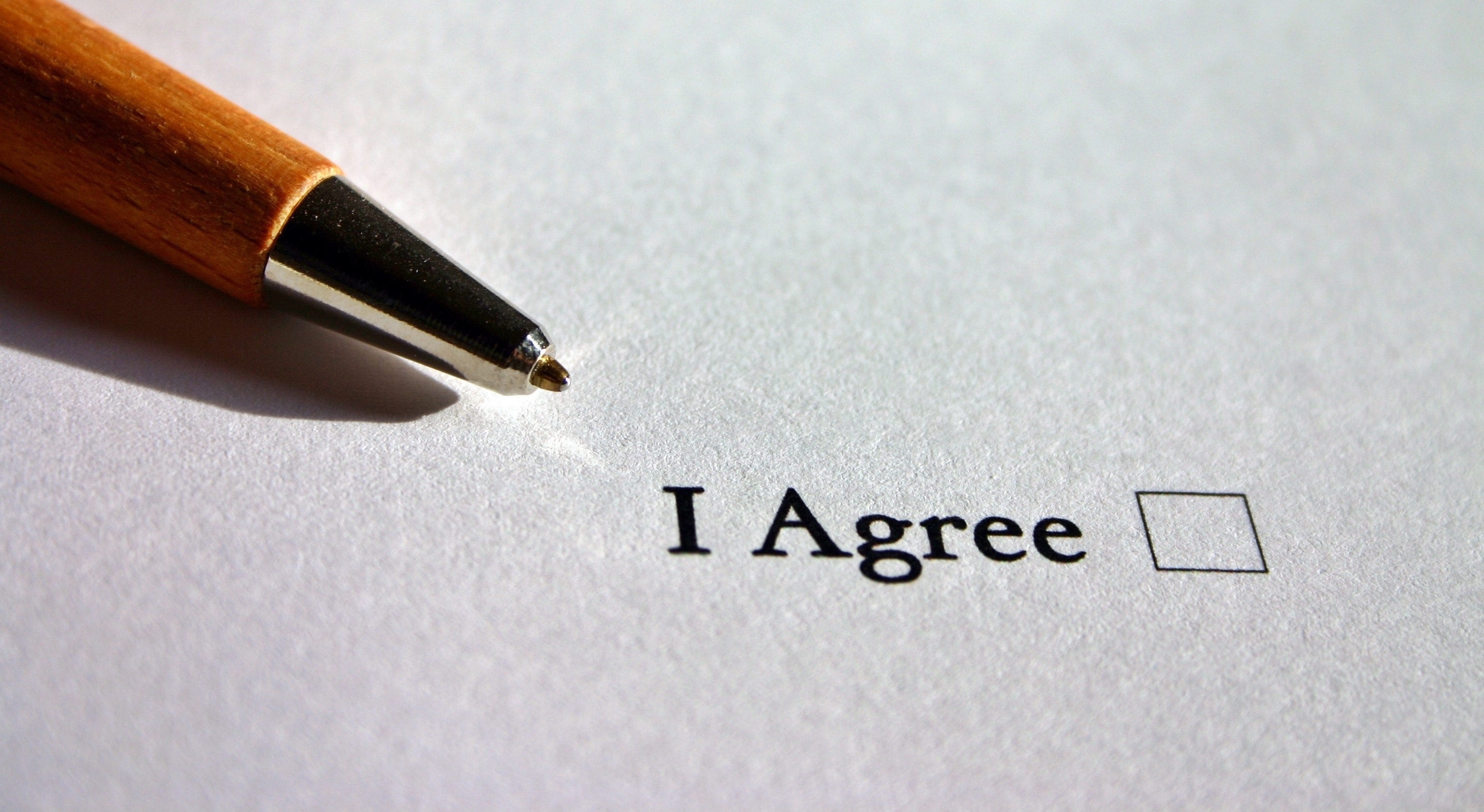 I didn’t know what I was walking into one evening at youth group. I thought it would be just like any other Wednesday night – some socializing, some bible study, some glances exchanged with my ex-boyfriend who was finally being friendly with me again, AKA the Preacher’s Son. Some kids would ask where I’d been lately, as my attendance had been spotty, but I could deal with that. It was my senior year of high school, and I was busy, and I’d kinda been going out with this boy and doing things not so churchy, but that was over now, and I was ready to be involved with my youth group again.

Maybe I missed some setup. Maybe I missed some weeks before this night where they led up to what was about to happen. No one else seemed surprised like I was. In retrospect, there had to have been some other lessons that had culminated in this night. I had no idea that we were all about to take a purity pledge.

How it unfolded exactly I don’t recall now, but once our youth minister was about to light some candles on the makeshift altar in front of him and turn the lights off to create an air of sacredness, I realized this was like, a big fuckin’ deal. A purity pledge…for real?! As in, a whole ceremony dedicated to promising to not have sex until marriage? Like we are entering into a contract with Jesus himself?! All I could think was, “oh shit“.

I had lost my virginity not more than 2 months before that. That experience had left me angry, at the boy, and myself. I had experienced some trauma the day after Christmas that kinda fucked me up for a little while. This boy, who will be called Tim for this story, swooped in and convinced me I was safe and he loved me then got me to have sex with him under the guise that we were losing our virginity to each other. I wasn’t safe with him, he didn’t love me, and he wasn’t a virgin. So, after I woke the fuck up in the spring, I decided to be more consistent with going to church.

I felt safe there. We were a good group of kids who looked out for each other and not in a totally judgy or peer-pressuring kind of way. More like in genuine love and concern for each other way. But that night, as I pondered my choices – excuse myself and go home, sit in my seat and refuse to sign, or take the pledge – all I could think about was their potential judgment of me.

Excusing myself could mean questions later. Sitting still and refusing to sign could mean questions at the moment. I didn’t want to face questions like “Why didn’t you take the pledge to stay a virgin until you’re married?” Uh, because I’m not a virgin! “What’s wrong? Don’t you want to wait for your husband?” Never really had the intention of doing that, hence the having sex already. “Have you already had sex?!” Yes, but my 18-year-old self was NOT about to admit that, not to this group of friends anyway.

The fight or flight response kicked in. I shook and started sweating. I remember wiping my upper lip several times as the sweat beaded up while the youth minister talked about why it was so important to wait for your spouse. He talked about how he and his wife were able to give each other that gift and how beautiful it was. He even choked up a bit when he did.

Fuck, dude, as if I didn’t already have enough guilt, now I gotta add the Bible guilt, too?! I was so mad at myself for sleeping with Tim. He was a total jerk, used me, made me feel like a fool, then started going out with a… girl that had a lot more sexual experience than most of us. (I’ll address slut shaming in future blogs, but for the sake of understanding my teen mindset, that’s where I was at.) It was a Baptist church so it wasn’t like I hadn’t heard negative messaging about kissing, fooling around, masturbation, or intercourse before. But this was a new level of pressure and shaming.

How was I going to sign a sheet saying I was going to save myself when I already had given myself away?

My palms were wet. I remember drying them off on my jeans and pulling my sleeves down to absorb the next droplets of sweat. Kids were starting to take their turns going up there, signing, then handing the sheet to the minister. I don’t know how it happened, but I ended up going up at the same time at the Preacher’s Son. FLM.

My only choice was to sign the purity pledge. But how was I to promise to Jesus, (who I loved even though I was starting to question the whole modern institution of Christianity thing at the time), and to all my friends, and to myself, that I was never going to have sex until I was married? Would that send me straight to hell if I died in a car wreck tomorrow? Would people question me after, knowing already from rumor or inference that I was already not a virgin and make me feel guilty for making such a promise?

Suddenly it came to me – I would promise not to do it again until I was married.

“Yeah, that’s what I’ll do,” I thought to myself. In my 18-year-old brain, I concluded that this fixed everything. No guilt from having done it already. No shame from others because I would be pure-ish again. If someone called me out, my bases were covered. If I married a man one day that had saved himself, he’d be more likely to overlook my youthful error. He’d understand once I explained my trauma mindset at the time had overtaken me and I just wanted to feel something else. Right?

I don’t remember what the piece of paper said, but we approached this small makeshift altar, complete with a white table cloth, white candles, pens, and a sheet that said something to the effect of this: our virginity is sacred. Your temple must only be entered by one person, your spouse. No sex before marriage. Ever. Because Jesus says so.

I sat across from Preacher’s Son as we each signed our pieces of paper, our contracts, our binding word to the Lord that we would wait. I signed mine and handed it the youth minister. And just like that, I got up, caught my breath, and sat back down on a donated couch that smelled like 15-year-old boys and mothballs. No one batted an eye at me as I scanned the dimly lit faces around me. “No one knows… at least, not yet.” I pushed that fear aside for the moment.

I’ve thought back on that day often, and how fucked up it was.

There could have been girls and boys in that room who were not virgins, and not by their choice. They could have been the victims of sexual assault long ago. What did they feel at that moment? Being told their sacred gift was not intact, that they were going to have a hard time finding a good, Christian spouse. There was no “it’s okay if you got molested, we don’t count that” clause on that paper. Did they feel impure before God now? Did they feel violated all over again listening to what the youth minister said? Did they sign that pledge out of self-preservation, much like I had?

I think about how once I did have sex again, I decided that was the end of going to church for me. How could I go back and be so hypocritical? Sex felt good this time. It felt great, in fact! I think had I not taken that purity pledge, I would have gone to church for much longer. But this night codified certain things to me about sexuality. It showed me that there were rules to follow, but now, I felt like if I strayed, I was an outcast. I’d crossed the line, again, and didn’t feel bad about it this time. There was no penance to give for something I felt no remorse for doing. The only thing I didn’t want to do anymore was to lie or hide or feel shame.

I think about all the men and women who did wait, just to have their marriage founder because they didn’t have the language around love and human sexuality because some church made them believe that they shouldn’t come into a marriage dirty or tainted. I understand these people. They are some of my favorite clients to help. I love helping people understand their bodies, their sensuality, and their erotic selves. Years of sexual repression can be overcome with the help of a sex coach. I wish I’d had one to help me reconcile things faster, but now that I have time and perspective, I can help other’s on the journey towards healing and setting new pledges or goals for themselves. Ones that are totally up to them, that they feel in their hearts is right for them, and that they can a follow through with guilt and shame-free.

As I’ve built my coaching practice, many people have suggested I move to the coasts where I would have a larger pool of open-minded clients. The last part may be true – there aren’t many sex coaches or therapists in the Midwest like there are in California. But, I am from here. I understand the puritanical sexual repression that many of us experienced as adolescents and teens. That is why I choose to stay here. There are ways to overcome negative messaging, self-doubt, and repression. My goal as a coach is to help people live their best and most authentic and fulfilling lives by helping them develop the kinds of relationships they need in life. From vanilla to kink, and everywhere in between, sex coaches are here to help you heal, accept, and be honest with yourself and others. If you’re struggling with your sex life or relationship, reach out to me.