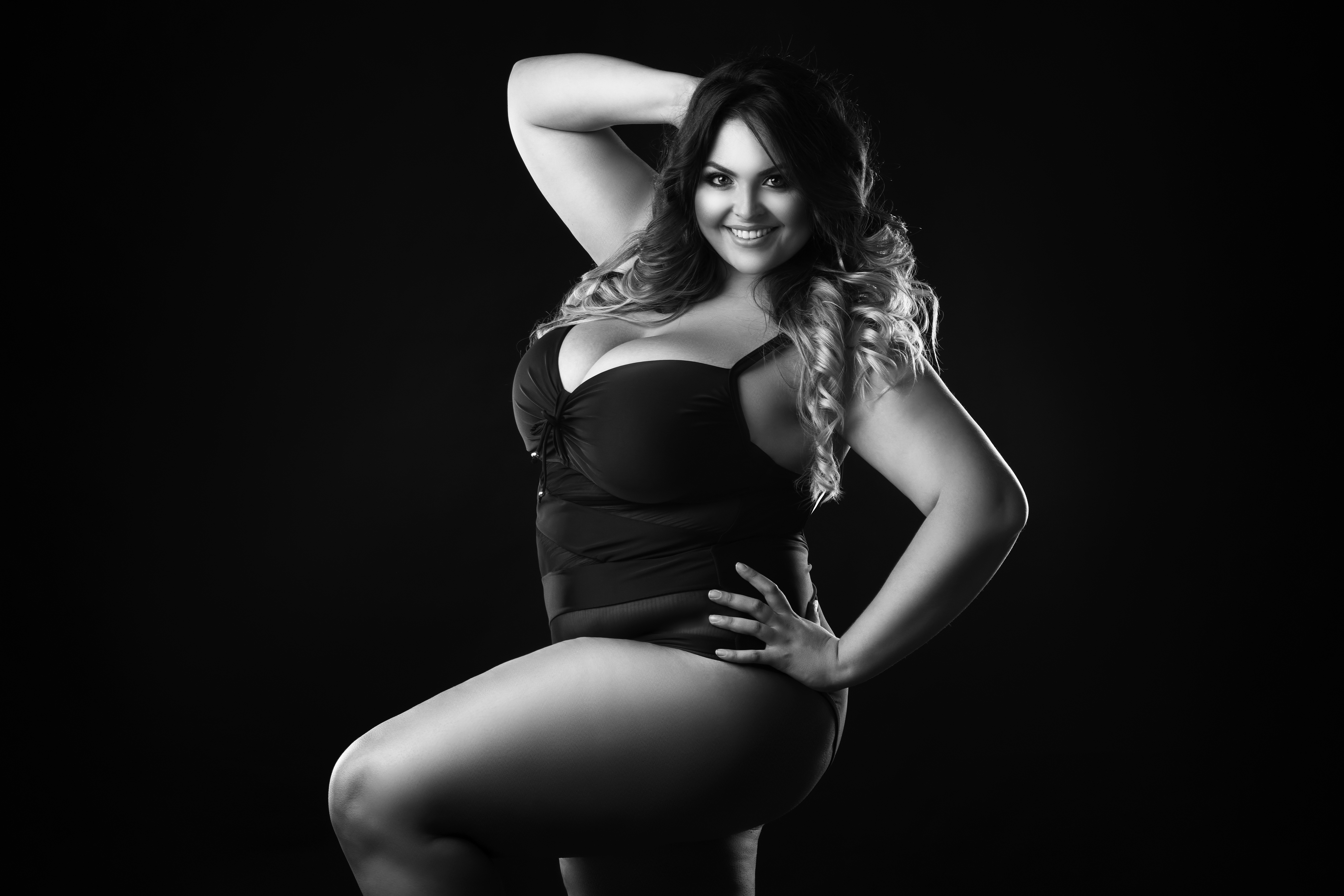 As a Sex and Relationship Coach, I meet and get messages from all sorts of interesting people that want to share their stories. I had two women reach out to me in the last few weeks with similar experiences. Both are Caucasian. Both are beautiful, but neither are what society deems to be an ideal shape or weight, and don’t get me started on the conversation about societal standards. They suck. Enough said. But, both ladies are learning to love their curves more now.

The change – having a man that worships their body just as it is. You see, both ladies have started sleeping with men of African descent. (Not all are American, so that’s the easiest way I could think of to put it.) I am not one to shy away from discussions that involve sex and race, so of course I asked if I could write about their experiences.

Some background on these ladies while respecting their anonymity (names have been changed and some details withheld) – Emily has an open marriage, is a professional businesswoman doing her 8-5, and a mom. She, like many American women, has perpetually dieted and tried to work out off and on since she can remember. She’s not a big women, but not slim either, but she’s got curves. Grace is a divorcee working her way into the adult film industry through cam work and short scenes. She has lots of tattoos, is a self-described BBW, and is a west coast transplant from a small Midwest town.

Neither of these women set out to sleep with men that weren’t white, but rather with the intention of sleeping with another human being they were attracted to. Emily started using dating sites after opening her marriage, and she responded to pretty much anyone that wasn’t like her husband. Grace got asked during an interview for an adult film if she was into black men, to which she said yes, and then got to thinking about all the fantasies she’s had, but how few experiences she’d had with them. Her first crust was on an African American boy in middle school, so why hadn’t she acted on it more? With that, they both decided to jump right in and give it a try.

All that had held them back before what lack of opportunity and societal norms.

Again, Grace has a certain look to her. She seems like she would like tough dudes with her hair, her style, and her sense of humor. On a recent date with a handsome Caribbean fellow, he said to Grace “You don’t look like you’re into black dudes. You look like you should have a biker boyfriend who just got out of prison.”

Then she snickered and told me, “He also said, ‘You’re too skinny.’ That’s the first fucking time I’ve heard that in my life!”

Emily is in a situation where she’s getting mixed messages about her body. At home, her husband, who is white if that wasn’t already obvious, doesn’t finding her shape a turn-on, but her boyfriend, who is African American, worships her body. She shared with me that at one point her husband said something particularly difficult to hear, and it really lit something inside her on fire.

“He said something along the lines of I’d have a hard time finding someone that likes my body. It was so incredulous to me that he would have such a categorical thought about it. It was at that moment I was like, ‘Okay, well you don’t, but I’ll find men who do.’ And guess what? There is no shortage of black men who have now expressed their interest!”

Now, with her boyfriend, Emily said she’s getting a totally different message. “It’s hard for me to reconcile how he says things like ‘it would be okay if you were bigger too.'” I asked about if they have talked about these differences, and they had. She said that as a white woman who has been subjected to these beauty standards, it astounds him when they talk about how much white women don’t see their beauty.

What I heard both of them saying is that they found self-acceptance by allowing a man to worship them.

Grace flat out said being with men who love what she has helped her get over her body image issues. She’s furthered her sexual liberation since opening her mind and bedroom door. “And I get a lot of dick along the way.” Bonus!

Emily lamented what society has done to skew her self-image. “Do I really need men to appreciate me? Shouldn’t I love myself first? But when you’re in a marriage, plus you’re part of white America, you have all those thoughts in your head and you need some outside validation. When you realize there is a whole segment of men that love what you have, it’s liberating! My first experience totally opened my eyes.”

What you’re about to read may be difficult to digest. As a friend put it when I was discussing writing this piece, he said, “A lot of people aren’t racist until you start talking about sex.” Another female African American friend had a visceral reaction when I talked to her. I welome any discussion about sex, race, and body image as it relates to this blog.

What are some of the biggest differences or turn-ons that you have found now with your experiences with men that aren’t the same race as you?

Grace: “Black men have a stereotype of loving fluffy white women. I don’t care (about the stereotype), because I benefit from it. When you have all these men that just love what you have, it builds your confidence.” Emily put it as, “They like women with curves, and they don’t care about cellulite.”

“The skin contrast is amazing,” Grace mused. Emily agreed. “I definitely love that! It is a total turn on for me now. Maybe there is something there about the taboo that is intriguing to me.”

What about their style as a lover?

Emily said it was like an overall attitude that was different. “It has nothing to do with penis size. I like the fact that they are very, very verbal about what they like and want. They’ve all been very…profuse in their compliments. A lot more open, and it is more about their energy. It changed my whole perspective.”

Grace agreed. “They are much more sensual, and much more vocal, and much quicker to initiate something sexual. Yeah the big dick thing is nice, but they don’t all have big dicks. They have a sensuality and a passion Caucasian men I’ve been with didn’t have,” Grace said, and then she sighed.

It was like I could hear her saying ‘Dammit this is what I’ve been missing all this time?!’ in one. long. breath.

Neither of these women are doing anything original by dating someone of another race. What I felt made their stories unique is how both women were able to change their perspectives by having a new experience. So many mixed messages are leveled at cis-gendered women these days about loving ourselves, loving our curves, loving our thick thighs, whatever, while the imagery from media outlets tells us a different story. Growing up in religious, Midwestern households taught many little girls that they should never bring home a boy that wasn’t white.

I remember getting cornered once during middle school in the locker room after I made a comment about one girl going out with a boy previously in front of our coach. I thought nothing of it and didn’t understand why they were upset, until one girl yelled at me, “He’s black! Her dad would hit the roof if he ever found out!” It was the first time I realized how much pressure there were on the white girls around me  to have a white husband, and white boyfriends, and white friends. I wonder how many of those women passed on beautiful friendships, lovers, relationships, or even husbands.

As adults, we can’t change anything about our past actions or choices. What we can do is make new choices moving forward that are based on our own values, our own beliefs, and our own truths. For both Grace and Emily, they had no problem with interracial dating or sex personally. Those where constraints put upon them by others in their pasts. When given the opportunity to date and sleep with a nice man, who happened to be black, they let go those voices. I do not think either woman thought they would gain what they did.

Will sleeping with a black man that loves your curves cure all your body image issues? No. But listening to him, really hearing him, and believing him, or any man, that loves what you have and wants all he can have, girl, that’s a good start. Find a man that does love BBWs no matter his race. Trust me, there’s plenty of men out there who will worship you.

Trust Drake, too. Via GIPHY.com